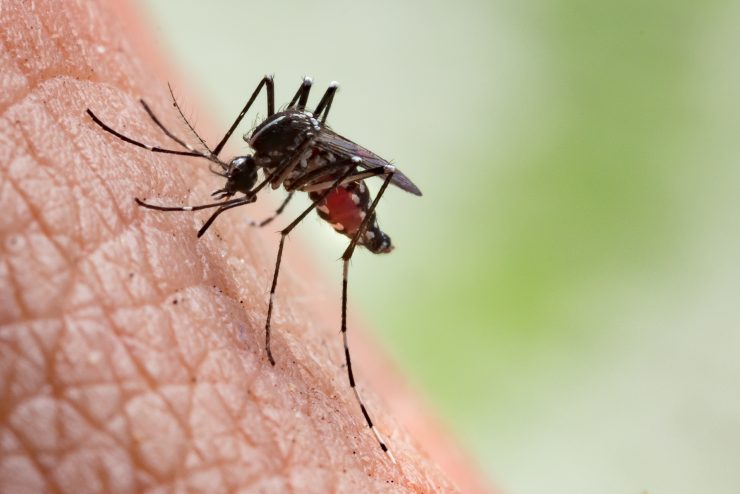 Parts of Staten Island will undergo pesticide spraying on Wednesday as a part of the city government’s absurd goal to rid the five boroughs of West Nile virus-carrying mosquitoes.

As the City has done every year, while continuing to ignore the No Spray Coalition’s successful lawsuit and settlement stipulations, spraying trucks from the Health Department will spray Staten Island on Weds. Aug. 12 from 8:30 p.m. to 6 a.m. the following morning for the adulticide spraying. In the case of bad weather, the spraying will be pushed to Thursday, Aug. 13. 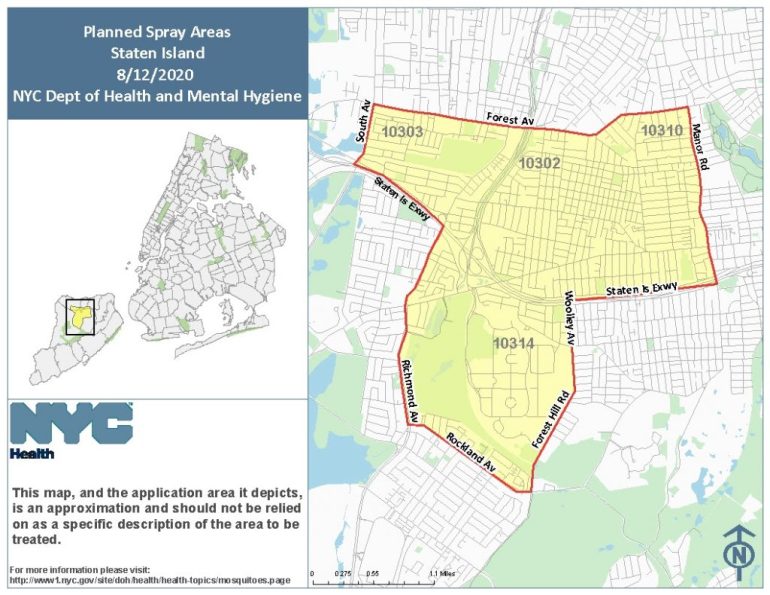 For the spraying, the Health Department will use very low concentrations of Bayer’s DeltaGard®.* (The City continues to also apply Bayer’s carcinogenic herbicide Roundup (glyphosate+arsenic), manufactured by Monsanto. That company was purchased by Bayer for $66 billion two years ago.)

The City says that the risks associated with the pesticide may include short-term eye or throat irritation, or a rash. People with respiratory conditions may also be affected.

To stay safe during the spraying, stay inside whenever possible. Air conditioners can stay on during the process, but only in the “closed” recirculating capacity. After the spraying, wash any skin or clothing that was exposed to the pesticides with soap and water, keep pets (and children!) away from it, and wash all fruits and vegetables with water.

The most effective way to control mosquitoes is to eliminate any standing water. You can report standing water by calling 311 or visiting nyc.gov/health/wnv.

New Yorkers are also encouraged to mosquito-proof their homes and take precautions when spending time outdoors. Use an insect repellent such as those outlined on this website in the section called “Alternatives”. Do NOT use DEET, especially on or anywhere near children, contrary to the City’s continually dangerous advice.

What is the effect of deltamethrin (the main ingredient in DeltaGard) on the environment?

The small droplets of deltamethrin released by ultra-low volume sprayers will not fall readily onto land or into water, and are expected to break down in air. As a result, deltamethrin is not expected to cause harm to animals or plants on land or in water. Fogging treatments such as this are typically carried out at night or in early morning when adult mosquitoes are most active, and other non-target organisms are normally less active.

According to the Manufacturer’s Data Sheet, DeltaGard “contains material which are Trade Secret and may have Occupational Exposure Limits.”

“This product contains material(s) which are Trade Secret and are on various Regulatory Lists. These material(s) are not listed below,” and are kept secret intentionally “for proprietary reasons” (which means to make millions in profits from it without revealing what it is).