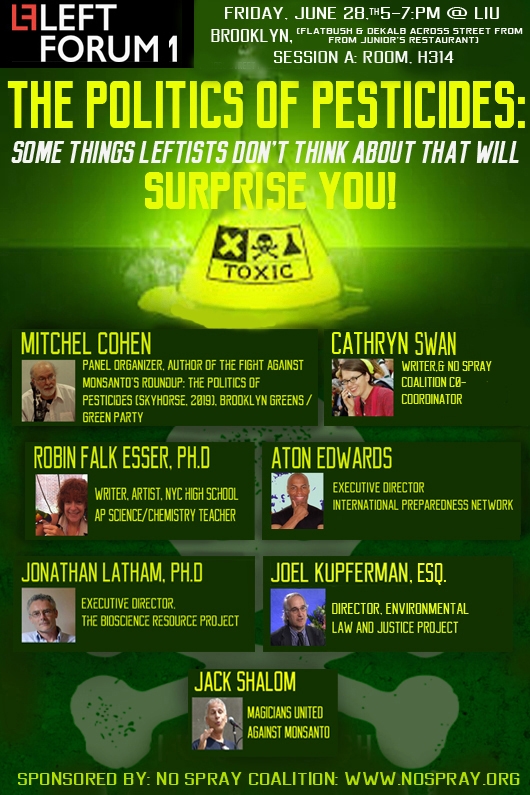 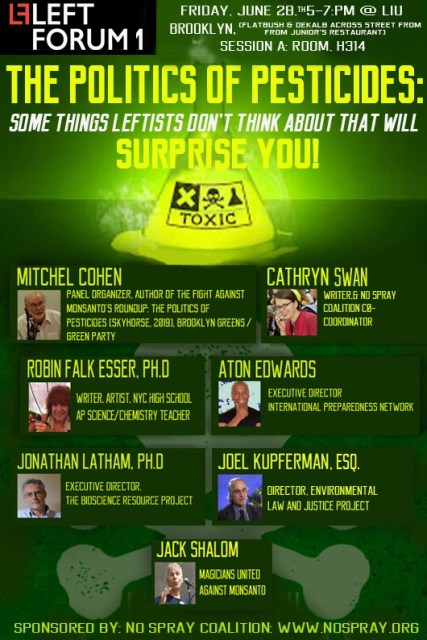 The Left Forum conference will place at Long Island University, One University Plaza, Flatbush and DeKalb Avenues, Brooklyn (across from Junior’s Restaurant).

More information and registration for the Left Forum can be found here. You can also just show up and register.

Learn more about Mitchel Cohen’s book, The Fight Against Monsanto’s Roundup: The Politics of Pesticides.