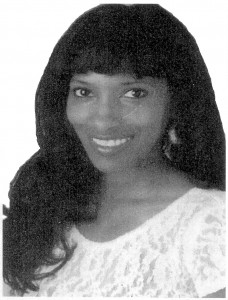 Valerie was a founding member of the No Spray Coalition — that’s how I first met her. Actually, that’s not quite accurate — I’m remembering as I write — we’d met a few years earlier in the offices of the Sheppard Foundation for a meeting she hosted against the Cassini nuclear-powered satellite that at that moment was hurtling back towards earth.

In 1995, Valerie’s son, Andrew, developed cancer. After several conventional treatments, he was not getting any better and Valerie decided to switch over to alternative treatments, which saved his life. After that, Valerie and her cousin Sherri Culpepper established the Sheppard Foundation for Alternative Therapies to assist others in similar circumstances. The Foundation offers personal assistance, educational and referral service for alternative doctors and practitioners who provide holistic, non-toxic treatments for cancer and other degenerative diseases, with an emphasis on children. Many people today owe their lives to Valerie Sheppard and the loving, tireless work she did on behalf of those suffering the effects of poverty, poor nutrition, and environmental pollution.

Valerie organized the first No Spray Coalition forums in Harlem in 1999. The Coalition dedicated itself to fighting against the indiscriminate spraying of toxic pesticides used to kill mosquitoes said to be carrying West Nile virus. A friend of Isaac Hayes, she rang up alternative health practitioners and put them on panels with No Spray activists like author Curtis Cost, attorney Joel Kupferman, researcher Kimberly Flynn and myself. It was through her work that the No Spray Coalition was able to get off the ground, and it was the people of Harlem, through Valerie’s efforts, that immediately understood the need to stop the spraying and fund our work.

Valerie was also responsible for getting our message to the spray workers. It was Valerie’s credibility, knowledge and eloquence that went out over the airwaves to a few of the spray workers who happened to be listening. And Valerie got Joel Kupferman on the radio with her, so that he could add his voice to hers in explaining that laws had been violated and people had been harmed.

Without her, the sick spray workers would not have found us, and they would not have gotten the info they needed to understand the legal and medical seriousness of their exposures, and the fact that their illnesses stemmed from those exposures. They would not have gotten to NY Environmental Law and Justice Project or to Mount Sinai to get help. They also would not have been able to come forward and provide testimony to the NY State Department of Environmental Conservation, and we would not have had the ammunition we needed to get Clarke Mosquito a hefty fine ($1 million!) nor to block Clarke from getting a multimillion dollar 3-year spray contract. Clarke would have been handed a license to spray anyone and anything in its path — free to be a roving menace on the streets of NY once again.

Valerie was born to Antiguan parents on August 24, 1953. She was raised in Harlem. She was the granddaughter of the Rev. Cyril O. Sheppard, organizer and secretary of the Antiguan chapter of the U.N.I.A. (the Universal Negro Improvement Association, under the leadership of Marcus Garvey).

Valerie attended Brandeis H.S. and Touro College. When she was still a youngster, her dad, Donald O. Sheppard, Sr., introduced her to macrobiotics, which he had been practicing for many years. In 1975, Valerie studied macrobiotics and eastern medicine under the tutelage of Michio Kushi at the East-West Summer Camp.

Michio Kushi was one of the original people who put forth macrobiotics in the United States. “Macrobiotics” means great or big life. Much of it focuses on the macrobiotic “diet” — a natural, whole grain & much more, chemical-free orientation — but there are also universal/spiritual principles about creating balance in life (yin/yang, acid/alkaline).

Valerie faced her first challenge against industrial (western) medicine when her eldest son, Ronald, was three months old and the hospital insisted that he undergo a spinal tap for a minor Staph infection of the eye. Valerie objected, and informed the hospital that she would treat him at home. The hospital sent the police to her house to seek medical custody, under the suspicion that he had meningitis. Valerie was forced to watch the hospital give Ronald the tap — it was negative. That was the start of Valerie’s passion to provide support for families faced with parental rights being taken away by the authorities.

As president and founder of the Sheppard Foundation, Valerie appeared on numerous radio and TV programs across the country, including the popular syndicated radio show “Night Talk” with host Bob Law, Kiss-FM’s “Open Line” with Bob Slade, and WABC-TV’s “Like It Is” with Gil Noble. She was frequently joined by singer and health advocate Isaac Hayes and comedian and civil rights activist Dick Gregory.

Valerie was one of only 20 highy respected and dedicated Alternative Health advocates who was ordained a Reverend, to go forth and spread, guide and carry out the “gospel” of Alternative Medicine. She created a network of alternative health providers, and helped organize them into the Foundation for the Advancement of Innovative Medicine (FAIM), to protect the rights of patients and practitioners and expand their options in use of non-conventional treatments. Sadly, in the end it was the hospital that in some ways did her in.

In September of 2002, Valerie was renovating her Bronx apartment when she took ill with no warning. Apparently, like so many others in NYC, she was exposed to mold in the walls which triggered an immune-compromising cascade of ailments. For the next two years she struggled to regain her health, with the loving support of her daughter, LaShawn, and her sons Ronald and Andrew.

Feeling weak but in her usual feisty spirit, Valerie decided — against her better judgment — to go to the nearby hospital for intravenous feeding, instead of making the taxing trip downtown to her medical provider. Here, the story gets confusing: Although Valerie went in for a very simple “feeding,” the hospital apparently refused to provide her with the nutrients she felt she required for several days. Her daughter, LaShawn, finally was able to convince the hospital to provide the necessary intravenous solution, but by then she had wasted away and was too far gone. Valerie died on July 16, 2004, and a beautiful light went out of all of our lives.

Valerie’s funeral was a very strange experience for us. Valerie’s life had deeply touched everyone there, and some felt the need to reclaim Valerie’s pagan spirituality from the patriarchal Christian messianism that they practiced. Aside from her father, children, close friends and cousin Sherri, her more distant relatives could not handle Valerie’s veganism and non-Christian spiritual and Green beliefs. The point was driven home at the gathering afterwards at the Adam Clayton Powell State Office Building, which hosted a dinner that served mostly meat and dairy, without making even an attempt to understand Valerie’s holistic and comprehensive vision of what it meant to her to be healthy in body as well as mind, and to not eat animal products.

People like Valerie could be the subjects of an “It’s a Wonderful Life”-type movie. To paraphrase the movie: If she had not lived, it would have left such a terrible hole that many people would have fallen through.

When we went to visit Valerie, her office had an electric, there’s-lots-going-on-here vibe to it. Her father’s cats were outside in the garden running free. The cats themselves had a free vibe… as cats allowed in their natural way would… they all were friendly to each other, romping around and just being with each other in their environment. It was quite amazing — something in NYC you don’t witness too often. The cats were more Valerie’s father’s interest than Valerie’s but they completed the picture of Valerie’s office that day…. very together, dynamic, and free spirited.

Hello Mr. Mitchel Cohen, I am the daughter of Valerie Sheppard and I truly appreciate this small remembrance of my mother. It was very insightful and will definitely give people an idea of how my mother was. She was very giving and a shining to light to be around. Her whole existence was to help anyone in need and that is what truly made her happy. So thank you again for this rememberance of my mother.