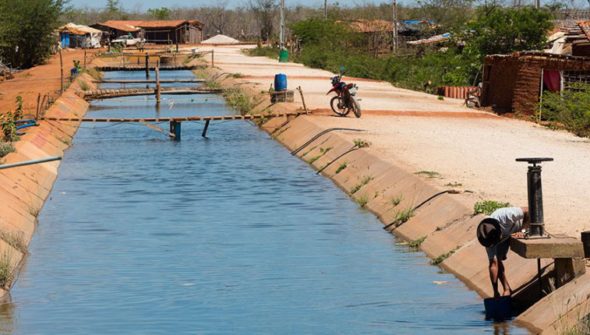 Amidst growing fear-based propaganda warning of the threat of Zika virus comes a quiet admission from health officials in Brazil: Zika alone may not be responsible for the rise in birth defects that plagued parts of the country.

While there is some evidence suggesting Zika virus may be linked to the birth defect microcephaly, and the virus has been spreading throughout Brazil, rates of the condition have only risen to very high rates in the northeast section of Brazil.

Since the virus has spread throughout Brazil, but extremely high rates of microcephaly have not, officials are now being forced to admit that something else is likely at play.

Dr. Fatima Marinho, director of information and health analysis at Brazil’s ministry of health, told the journal Nature, “We suspect that something more than Zika virus is causing the high intensity and severity of cases.”1

Nearly 90 Percent of Brazil Microcephaly Cases Occurred in the Northeast

Since last November, more than 1,700 confirmed cases of congenital microcephaly or other birth defects of the central nervous system have been reported in Brazil.

When the cases first began and were reportedly linked to Zika virus, health officials believed they’d see “an explosion of birth defects” across Brazil, according to Marinho.2 But that hasn’t happened.

Data compiled by Marinho and colleagues, which has been submitted for publication, suggest socio-economic factors may be involved. Most of the women who gave birth to babies with microcephaly were poor and lived in small cities or on the outskirts of big cities.

In addition, the outbreak occurred in a largely poverty-stricken agricultural area of Brazil that uses large amounts of banned pesticides.

Between these factors and the lack of sanitation and widespread vitamin A and zinc deficiency, you have the basic framework for an increase in poor health outcomes among newborn infants in that area.

Environmental pollution and toxic pesticide exposure have been positively linked to a wide array of adverse health effects, including birth defects. For instance:

• The CDC also notes certain infections during pregnancy, including rubella, cytomegalovirus, toxoplasmosis and others, are risk factors

It’s also been suggested that microcephaly may be the result of Zika virus occurring alongside other infections, such as dengue and chikungunya.

The Brazilian doctor who first reportedly established the link between Zika virus and microcephaly is even considering whether another disease, Bovine viral diarrhea virus (BVDV), may be involved, as BVDV proteins were also detected in the brains of three fetuses with microcephaly.

BVDV causes birth defects in cattle but is not known to infect people. Researchers suggested that infection with Zika virus may make it easier for BVDV to infect humans.5

Adding to the complexities, much of the microcephaly data from Brazil comes from incomplete hospital reports. In most cases, tests to confirm Zika infection were not carried out.

In June 2016, the Zika in Infants and Pregnancy Study was launched in Puerto Rico. It aims to monitor up to 10,000 pregnant women to examine Zika virus along with nutritional, socio-economic and environmental factors and their potential link to birth defects. However, the results of a similar study have only raised further doubts.

Read the rest of the article here.