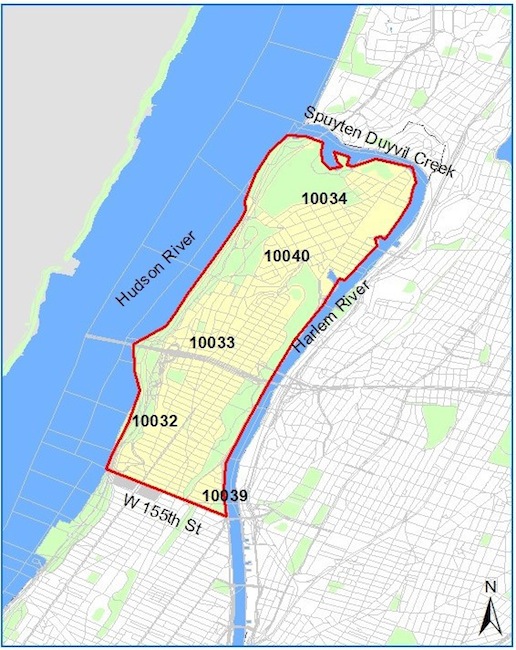 At 3:20 a.m. on August 17, a public address system passed repeatedly under my apartment. I woke up, looked out my window and saw a police car with a mounted bullhorn. A large truck followed behind. They moved together slowly – about 10 miles an hour – as the truck sprayed a 30-foot cloud into the air, which nearly reached my window.

The recorded message from the police car was garbled.

I couldn’t understand any of it, even after they passed under my window six times, spraying both sides of the street until 4 a.m. 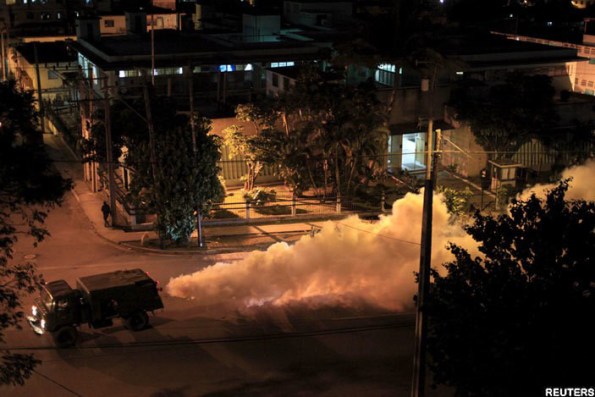 The indecipherable “police message” was clearly a half-hearted compliance with a legal notice requirement.

I was curious what the City of New York was doing to my neighborhood at 4 a.m., with garbled police messages.

They had sprayed my neighbourhood for “Zika Virus” and “West Nile Virus.” Nobody had told me about it.

Even when I awakened at 3:20 a.m., and heard a blurred “police message,” nobody had informed me.

So I scoured the internet until I found this: 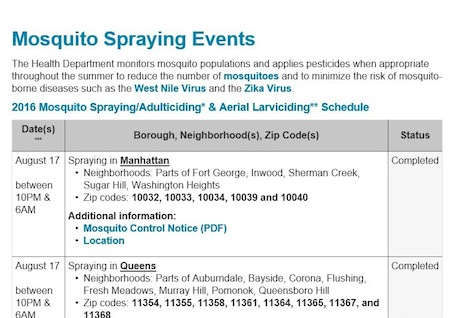 I then researched this “Zika spraying” and found this (map at top).

This is the entire map for “Zika virus” and “West Nile virus” spraying in Manhattan.

All of it was done north of 155th street, in the Washington Heights and Inwood sections.

Nowhere else in Manhattan, did any of this spraying occur.

I dug a bit further, and found a NYC Dept. of Health report which claimed that this area – and this area alone – had been “treated with an adulticide due to a significant presence of Aedes albopictus, or Asian Tiger mosquitoes.”

This Asian Tiger mosquito is unusually finicky. It came all the way from Asia, but it only congregates in specific zip code areas of Manhattan…the ones with the highest concentration of Latino residents.

The Asian Tiger mosquito will only eat mofongo and asopao, and will date your sister if she has a college degree.

It will rarely venture below 155th street…and never, ever below 96th street, because it simply abhors white meat.

They sprayed only in Washington Heights and Inwood, because of the Latino population that lives there.

Apparently, the NYC Dept. of Health wants to combat Zika, by spraying the people rather than the mosquitoes.

Someone should explain to NYC, that spraying Dominicans will not contain the Zika virus.

Even if a Dominican in Washington Heights has Zika, spraying them with insecticides is useless.
You need to spray the mosquito, not the Latino.

The only thing accomplished by this racist spraying, is the following:

Here is the information which I found, about this nearly-secret spraying of Northern Manhattan.

The George Washington Bridge is the busiest bridge in the world, with 400,000 vehicles passing over it every day.

The fumes from the GWB have already triggered an asthma epidemic in Northern Manhattan.

In the future, when New York City decides to fumigate the Latinos in Northern Manhattan, we would appreciate being told about it.

We would also appreciate, if other people were fumigated too.

Visit the comments at the original post via War Against All Puerto Ricans here.

From No Spray Coalition:

Sadly, in addition to this neighborhood, many other New Yorkers through all the boroughs are being sprayed again this summer – it is true that the bulk of Manhattan rarely gets sprayed because this would surely attract mainstream media attention.

The city is up to the 8th pesticide spraying “event” by truck of Duet (a new pesticide in the equation) and Anvil 10+10 this season. The number of dousings seems to be something the city is boasting about in its press releases.

The next spraying will take place on August 29th, 2016 in Staten Island and Queens.

The Department of Health press releases continue to garner little media attention, and the notification to communities, as the War Against All Puerto Ricans site notes, remains poor; the police message, if you even hear it, once the spraying is underway, is very fast and typically garbled, and so basically none of these “notifications” mean anything and people remain being poisoned by these dangerous pesticides with no way to avoid it.