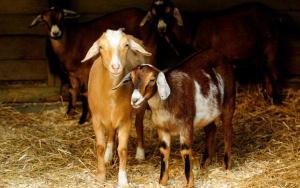 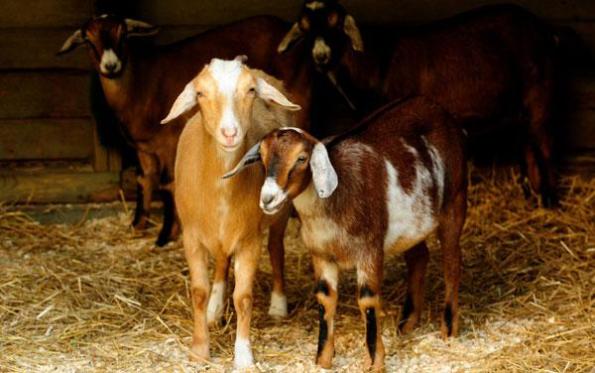 PHOTO BY JULIE LARSEN MAHER
Not kidding around: Prospect Park-goers can watch these goats gobble up invasive species in Brooklyns backyard until October.

Enabling goats and sheep to graze areas instead of herbiciding — that was the gist of a proposal that the No Spray Coalition began making 12 years ago to the Parks Dept., the Board of Health, and at meetings with the Mayor’s office. All along the way, officials poo-pooed it. And now, finally, it’s actually happening.

Mitchel Cohen made that proposal after hearing a speaker at the Beyond Pesicides conference from Wyoming speak about how she’d transport hundreds of sheep and goats to areas needing weeding (so they say) instead of using toxic chemicals like Monsanto’s “Roundup” (glyphosate).

Mitchel and Cathryn Swan also made the proposal to a meeting with Mayor de Blasio‘s staff last year (they said, “seriously?”), and again to a meeting with Assistant Parks Commissioner Kavanaugh organized by the Poison Parks coalition. Kavanaugh scoffed. But here it is. There are of course many wrinkles to be ironed out, but …. Yay!

By Lauren Gill
reprinted from the Brooklyn Paper

Its a dirty job, but somebodys goat to do it!

A crew of eight goats will eat their way through Prospect Parks weeds and poison ivy over the next five months ­ an ideal summer gig for kids of all ages, according to the animals owner.

They get to live the goat dream, said Annlilita Cihanek, co-owner of Green Goats in upstate New York, which rents out its munching mammals as lawn mowers. They get to eat for a living and theyre doing what they all wish theyd get to do.

Rhinebeck’s team ­ which includes a mother-daughter duo and a pair of sisters ­ will graze near the Prospect Heights end of the park, in an area called the Vale of Cashmere, and will be separated from the public by an eight-foot construction fence.

The vexatious vegetation sprung up on the site after Hurricane Sandy knocked down around 50 trees in the area, according to Grace McCreight of the Prospect Park Alliance ­ the organization that maintains the park.

The Alliance is paying $15,000 to rent the hungry herd via a taxpayer-funded state grant aimed at cleaning up the 2012 superstorms mess.

The billies and nannies will have until October to scarf down the invasive species before Cihanek takes them back to the farm for the winter.

And McCreight is confident they are up to the challenge ­ goats eat about 25 percent of their body weight each day and can chew nonstop whenever theyre awake, she said.

To welcome the new residents to the neighborhood, the park will host a bleat and greet on May 22 ­ where local families can get to know the goats and their herder, and learn to make goat-milk ice-cream.

And Cihanek said her kids get along fine with the human kind ­ these goats love people, she said, and no butts about it.

Theyre very friendly, maybe a little too friendly, she said. A lot of times theyll eat, and when they lay down and chew, they tend to lay right in front of where all the people are.